You can always tell, from the first email exchange, the kindness and love this couple have. Brian a true gentleman, come to me with his idea, – a Surprise Proposal  in Athens to his future wife Akiyo. It need to be done during their trip to Greece. They would travel to Athens, Paros and Santorini, in order for them to enjoy the rest of their vacations.

Together with Brian we had planned everything! From my recommendations he chose wisely Lycabettus Hill, the highest point you can be inside Athens city. They would take the cable car up to the hill where they would enjoy the view of Acropolis and the sea at Pireaus port. After ten minutes he had planned for them to walk down the hill to the spot we had decided for the surprise proposal to happen.

Everything was timed perfectly, he even text me as soon as they entered the cable car, and when they started walking down to the spot. I had plenty of time to be in my spot, and the guys from Nox Lumos Videography, set up a hidden camera and microphone to capture the Athens Surprise Proposal. We even had to secure the bench from people going up to Lycabettus Hill as this is a well known spot for its view of the city!

As soon as they arrive at the spot, Brian wasted no more time. He knelled in front of Akiyo and poped the question holding a beautiful ring, looking as handsome as ever! Akiyo was so shocked, she did not expect that at all! She was stunning and her true emotions took over from there.

We concluded the photo shoot at Lycabettus Hill with some photos, and let them enjoy the rest of their night. Brian had booked a table at the restaurant Orizontes up top of Lycabettus Hill. Brian & Akiyo, it was so nice i have met you, i hope you share your love for the rest of your life. Best wishes! 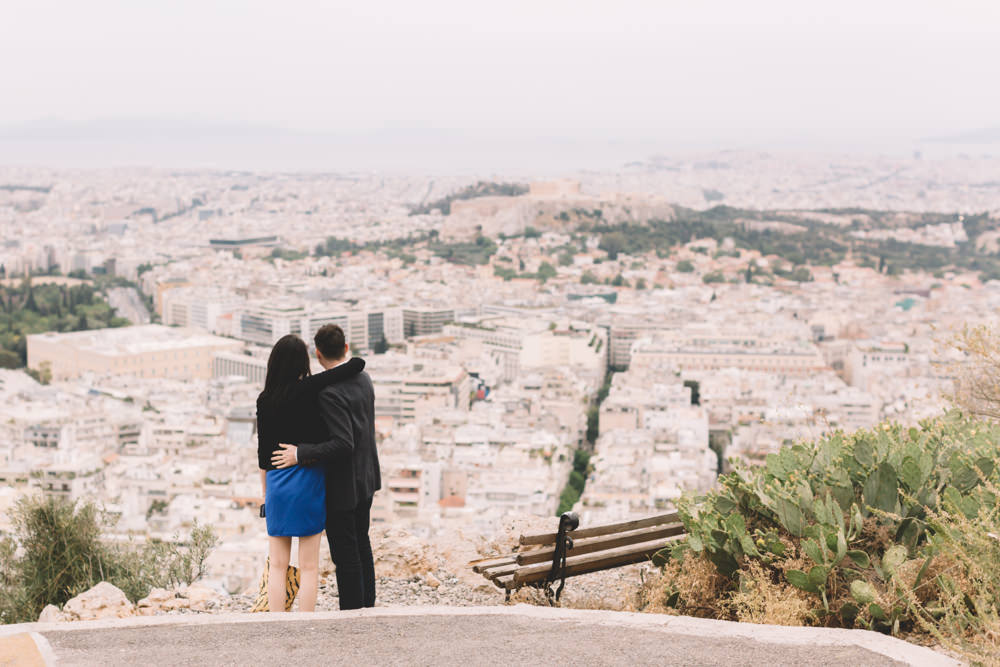 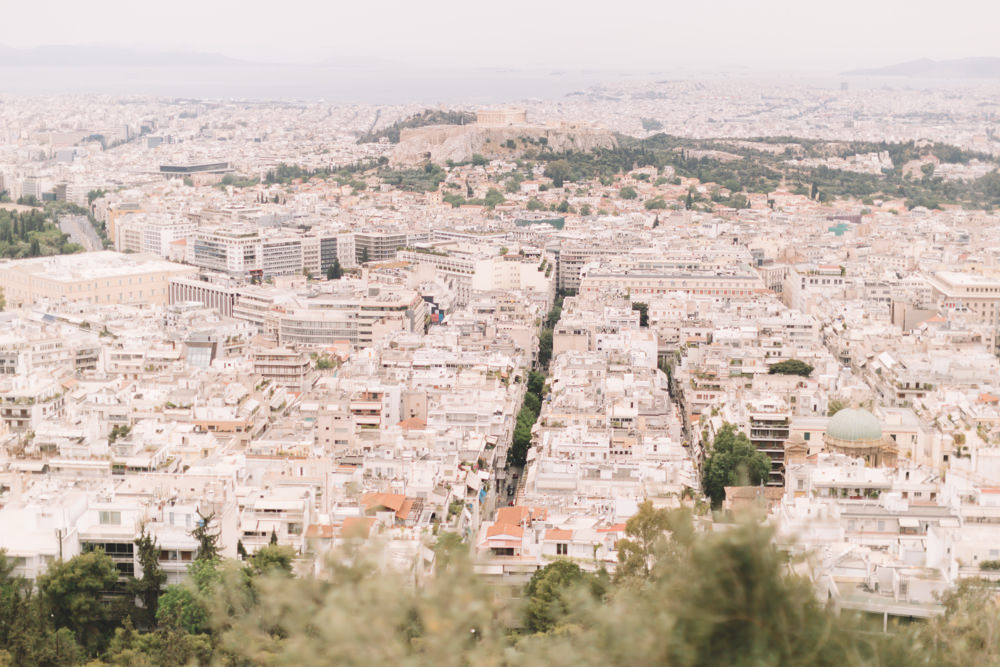 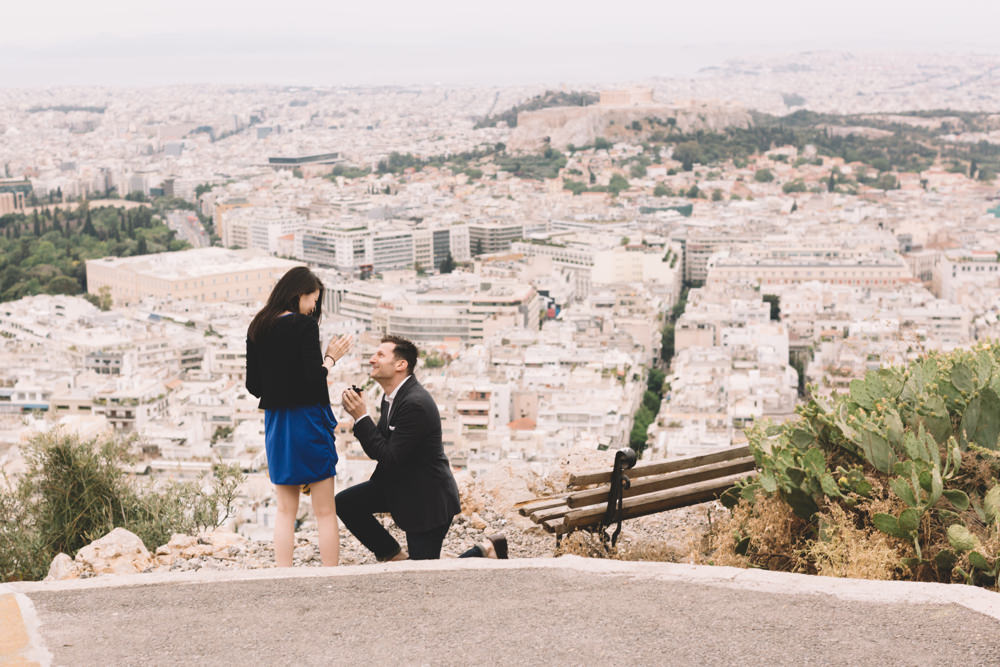 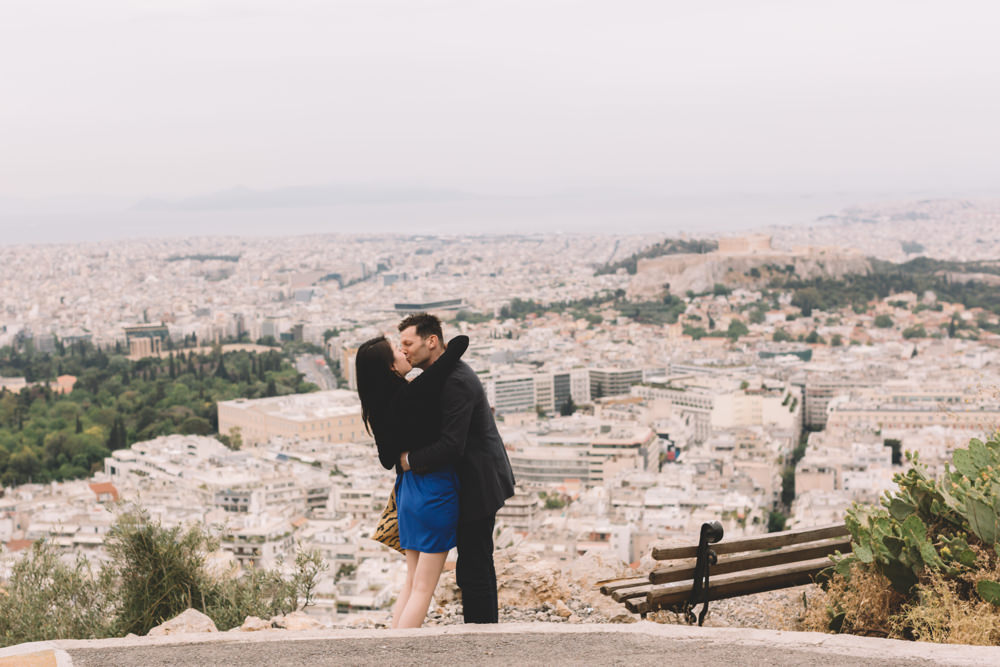 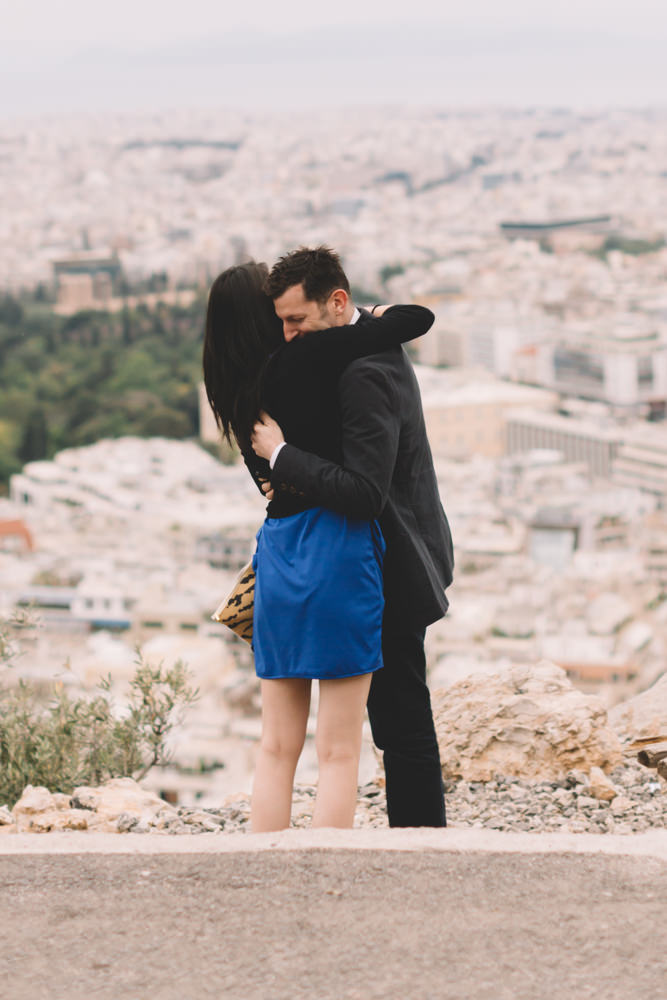 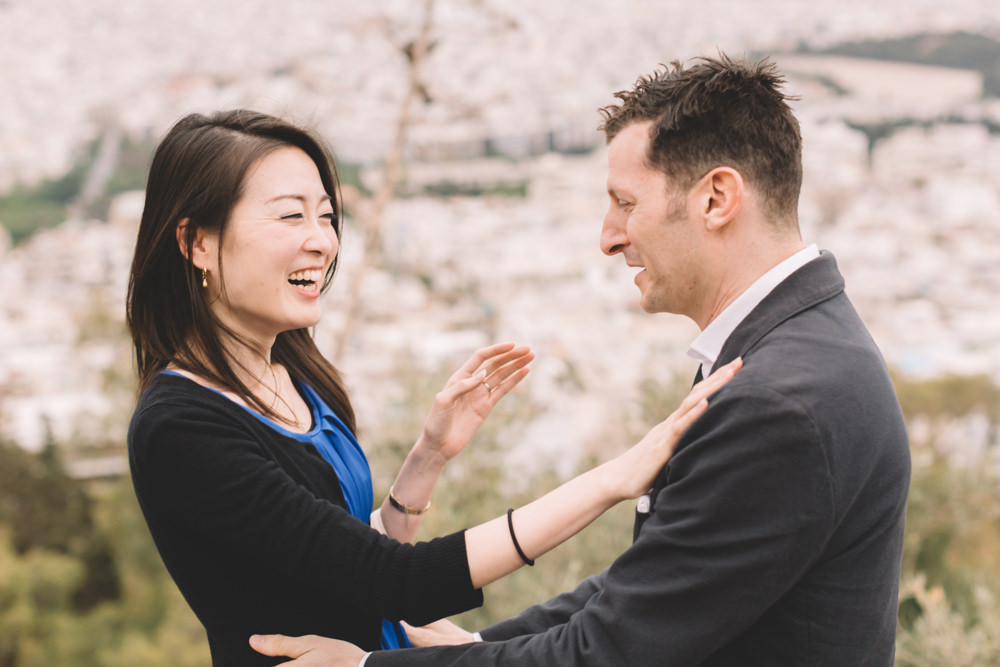 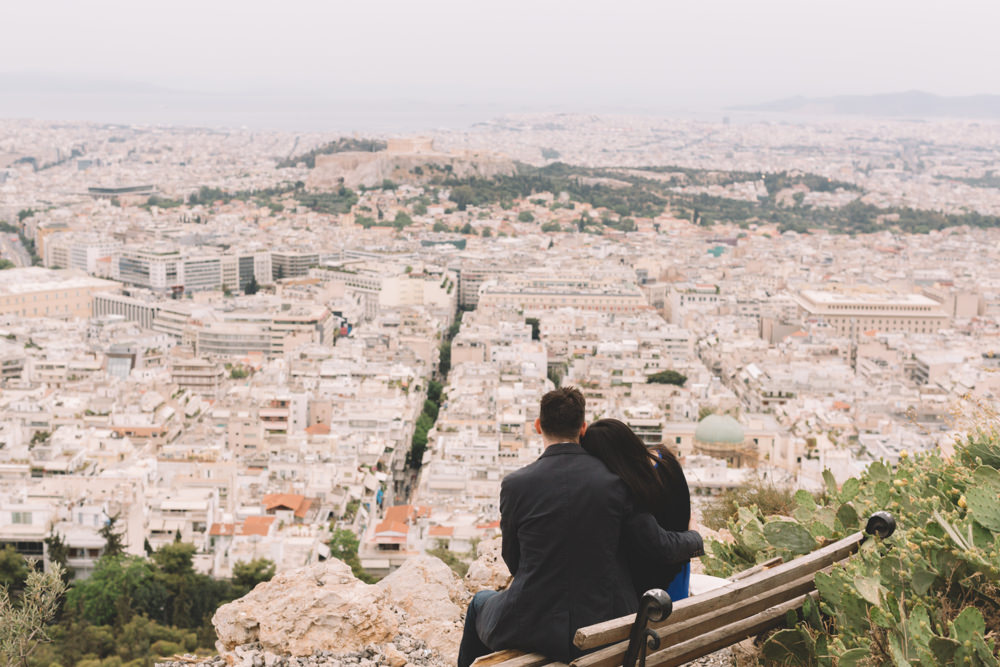 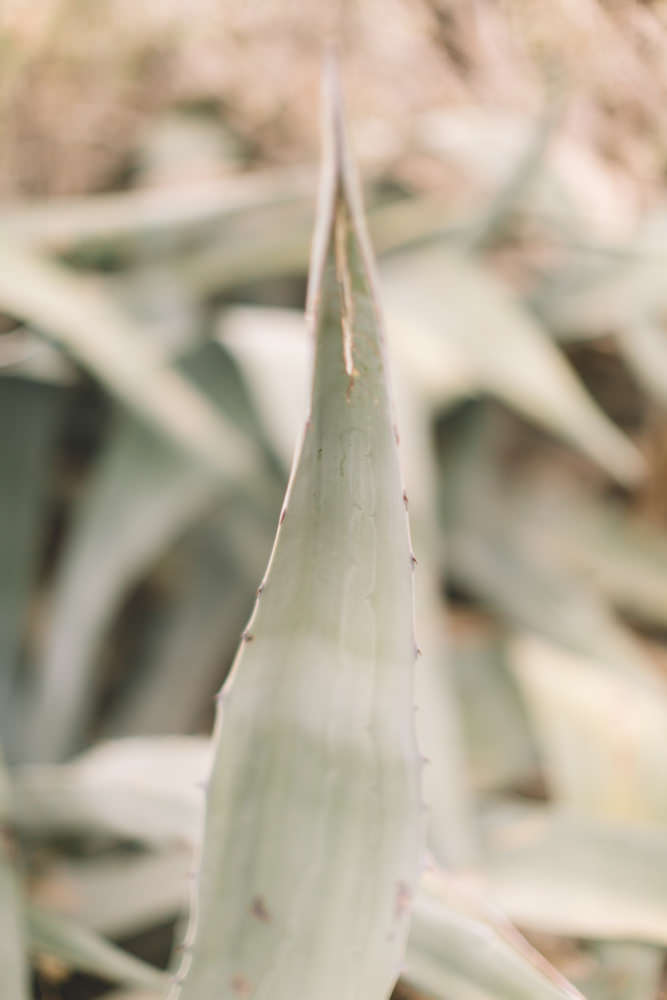 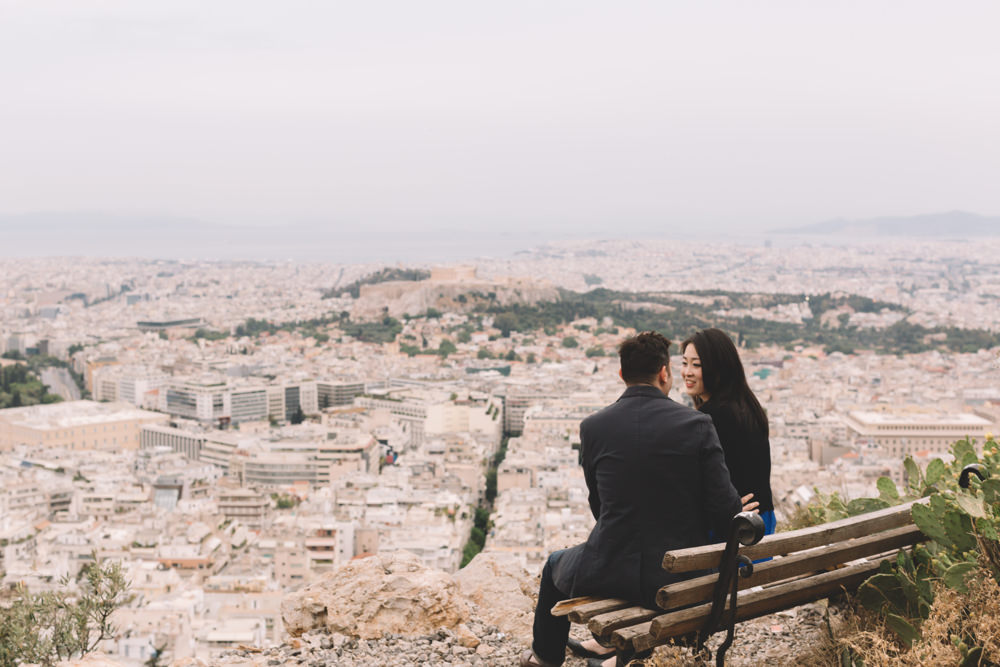 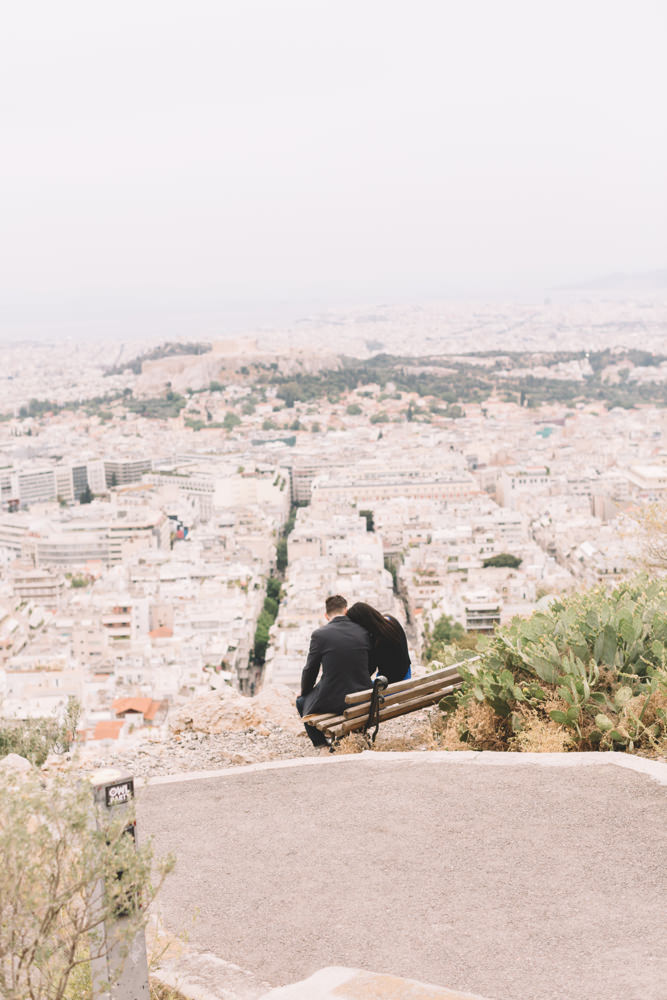 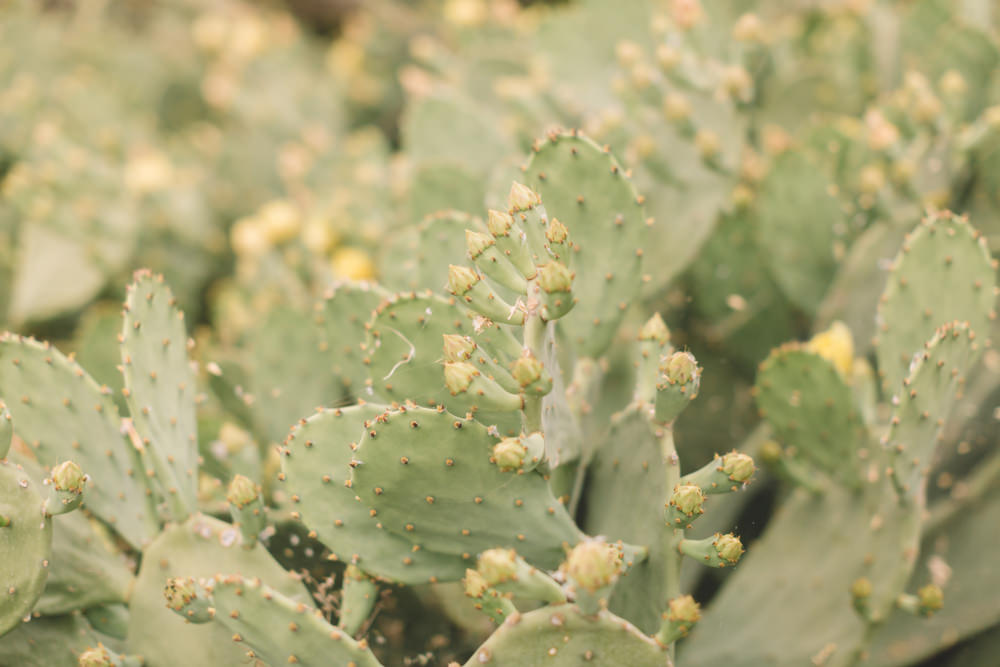 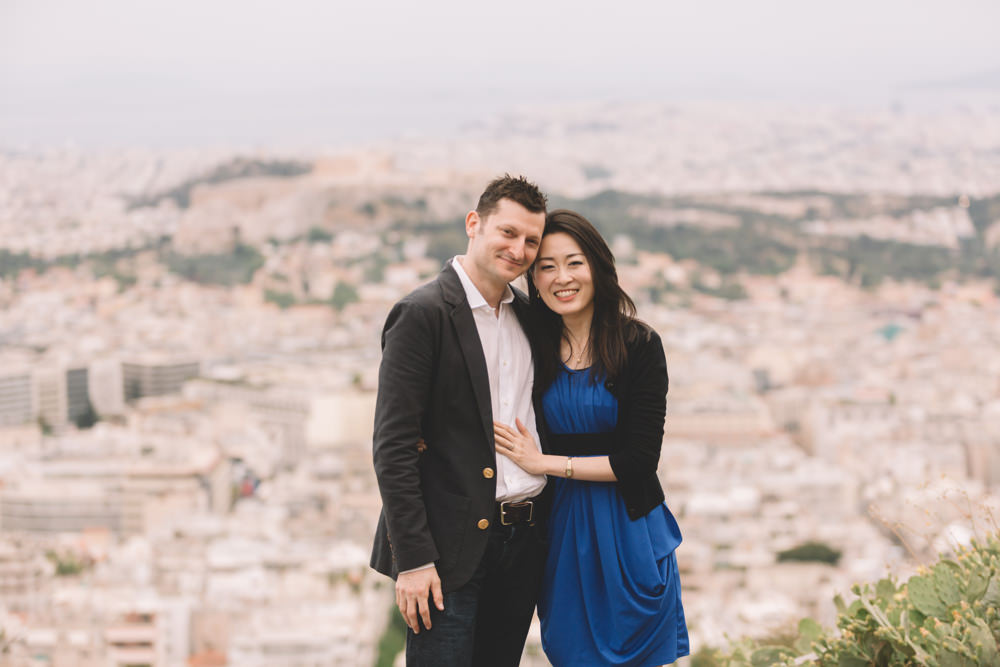 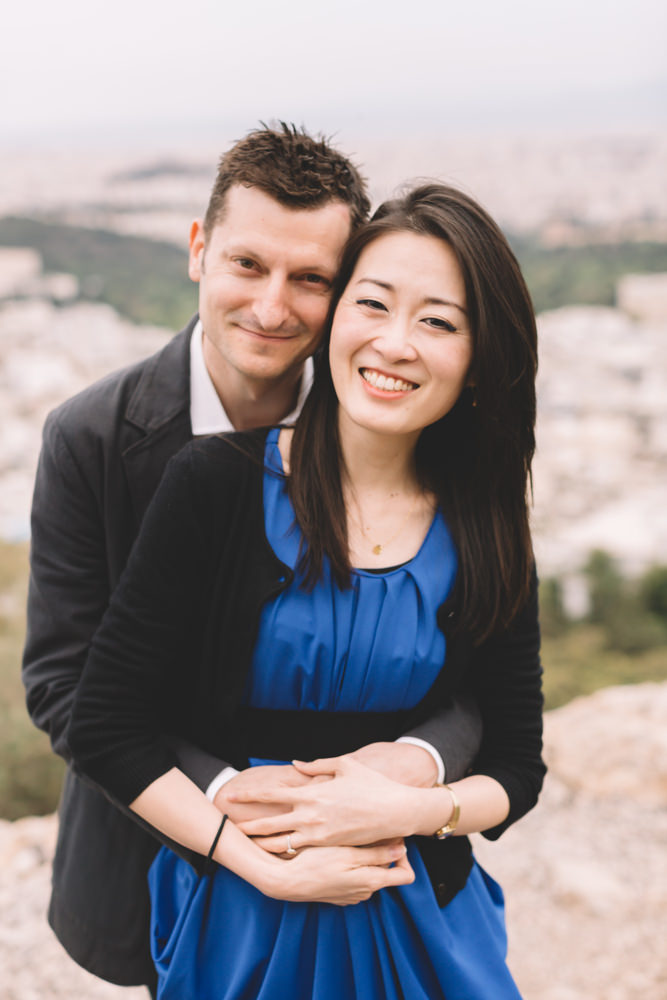 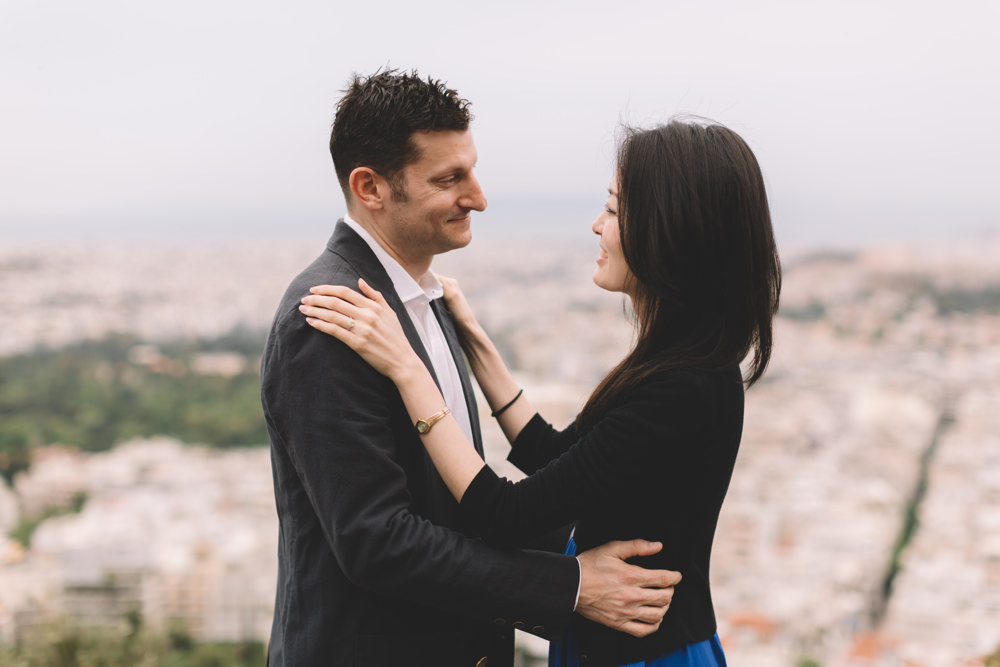 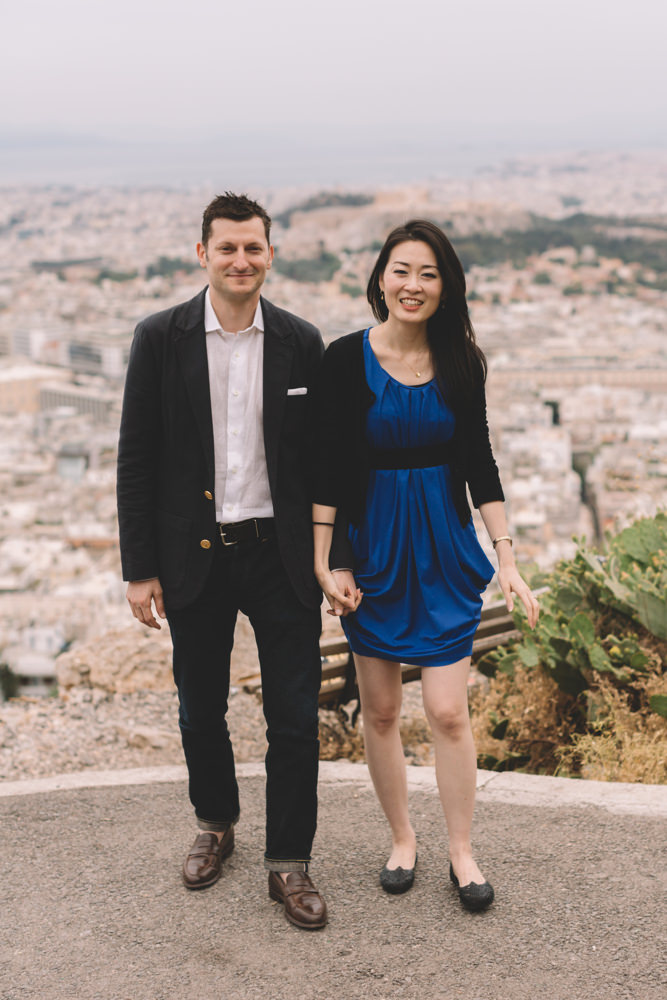 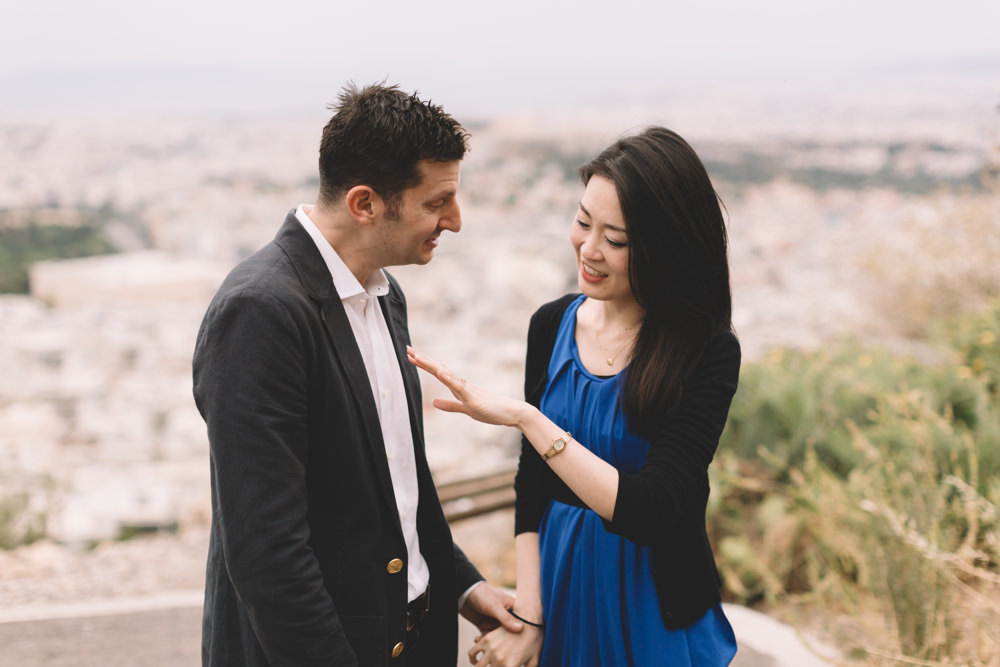 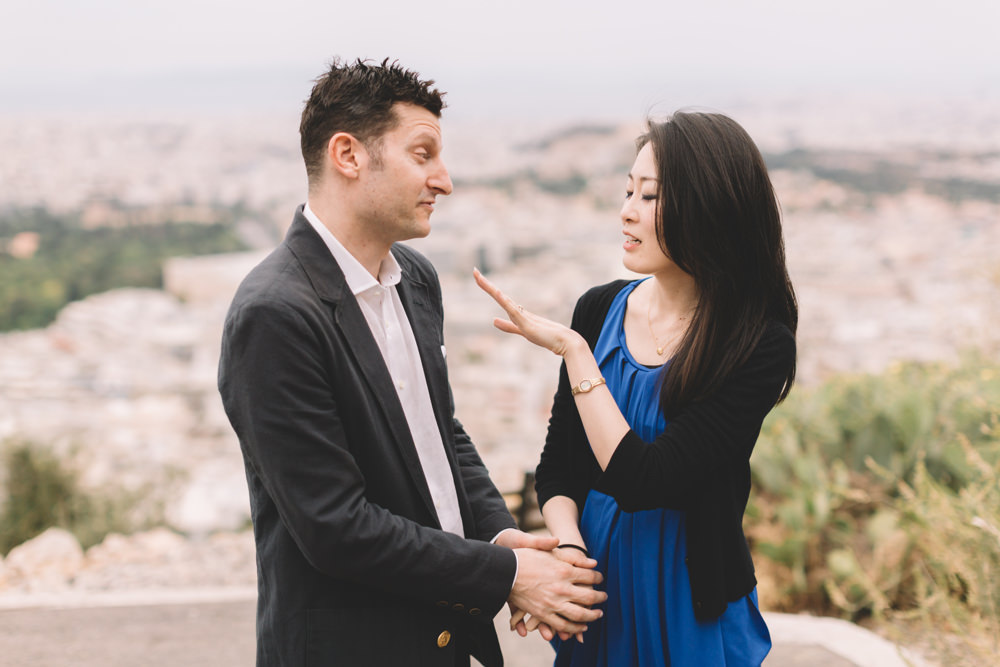 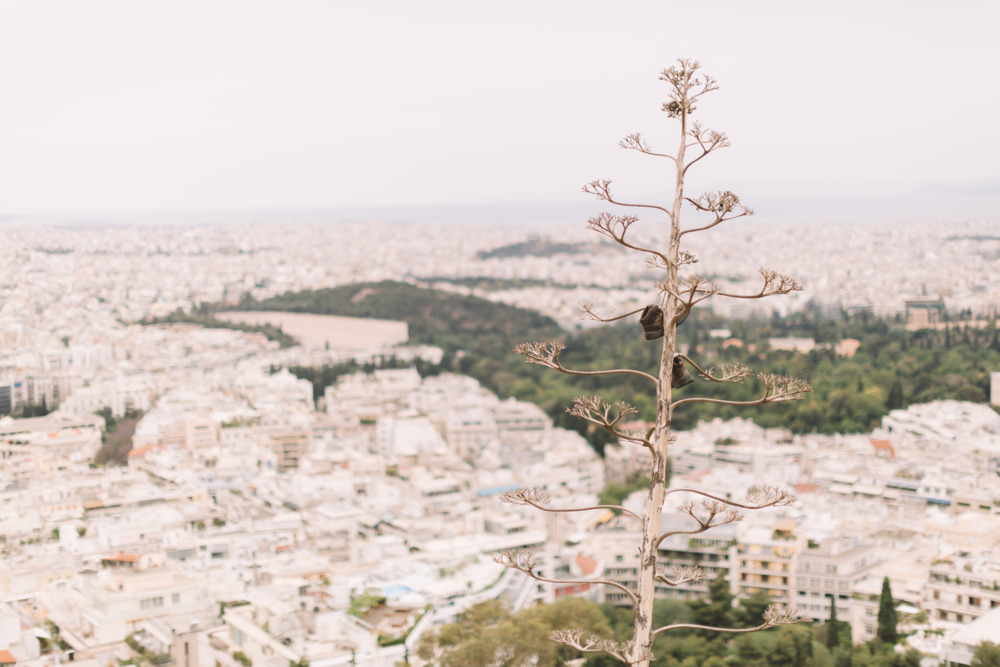 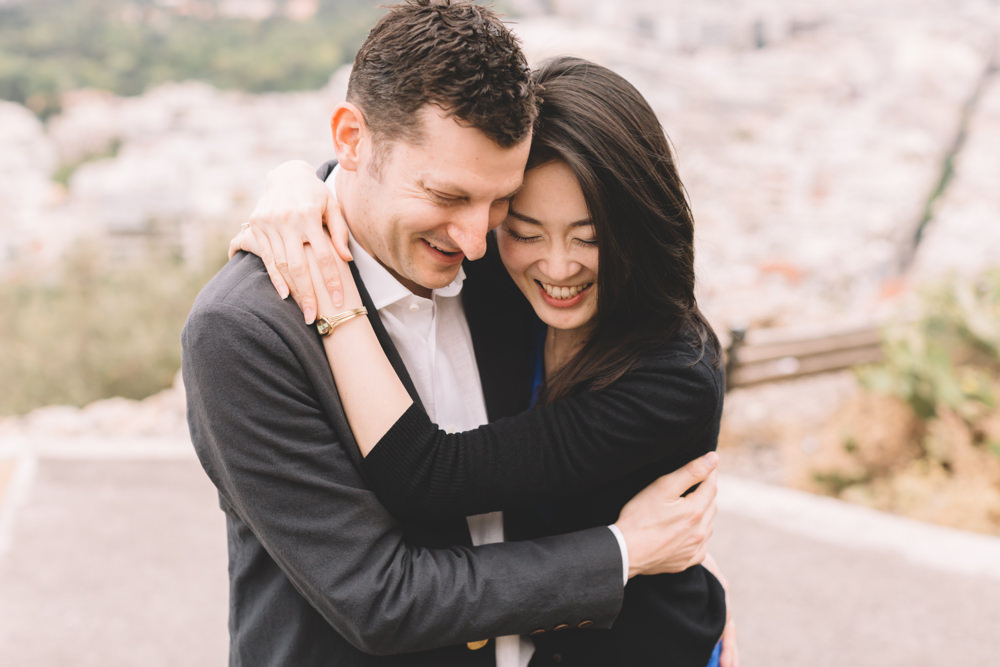 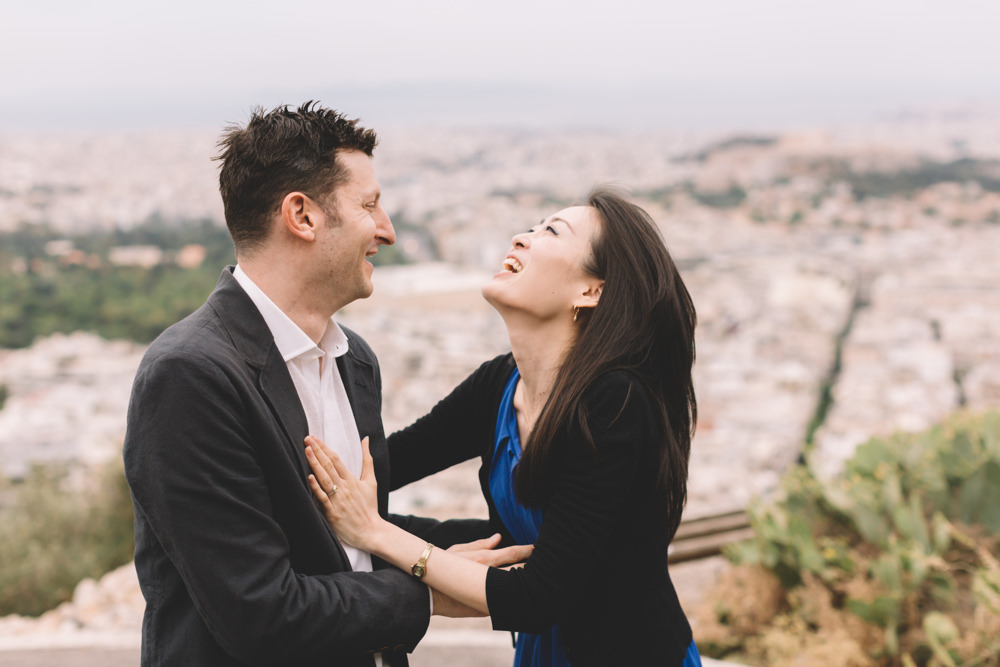 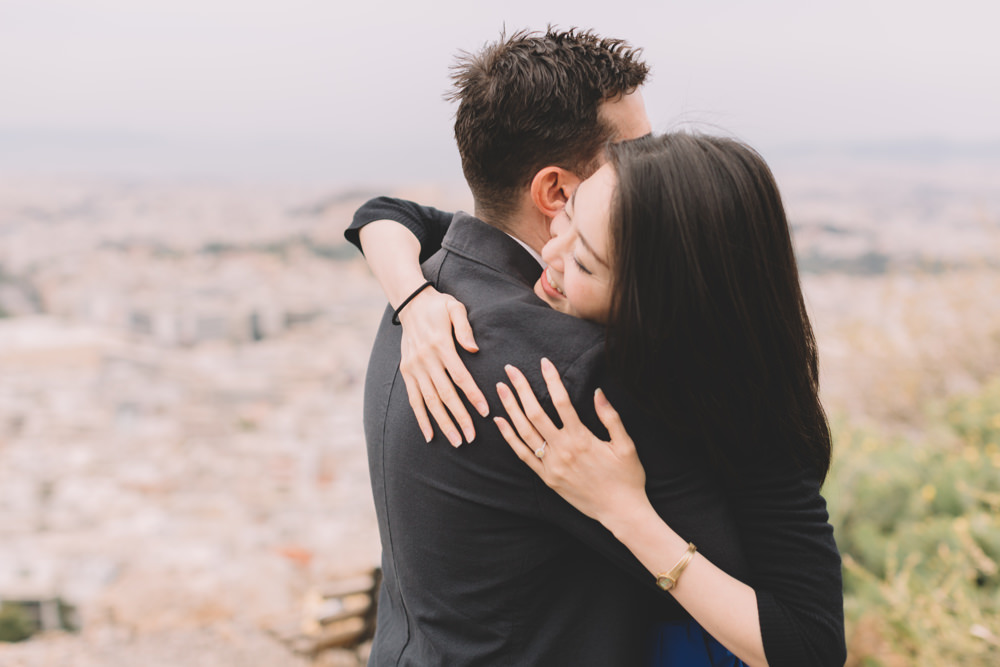 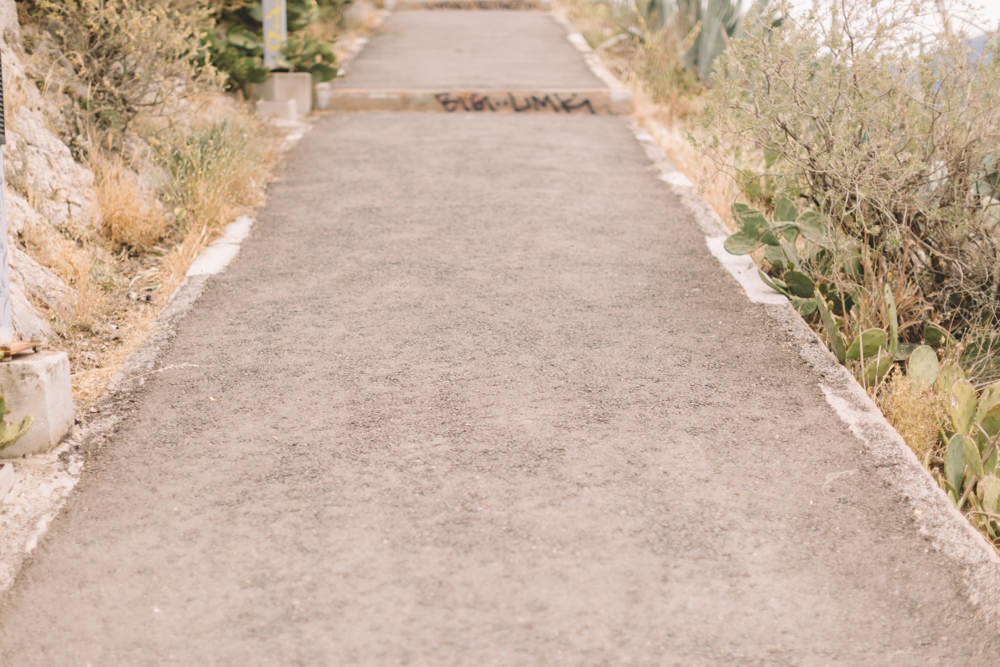 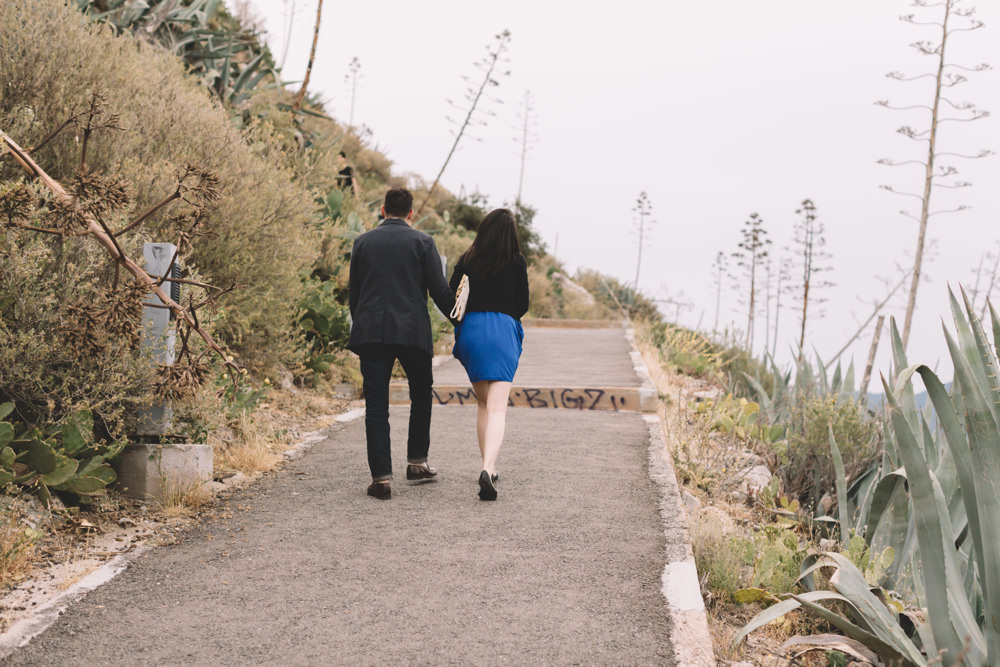 About the Author: The Athens Photographer